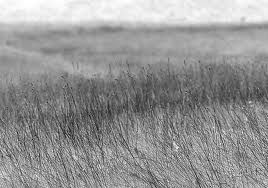 He awoke abruptly.  Had he heard something?  He listened but there was nothing there.  Wait.  No, that was the air conditioner.  His feet swung over the edge of his bed and he planted them firmly on the floor.  The wide pine planks were neither warm nor cool.

He felt dizzy for a moment as he walked to the door.  The long hallway to the kitchen was dark but he maneuvered it instinctively.  It wasn't necessary to really even pay attention.  Years of middle of the night feedings with his six children had made the path to the kitchen familiar.

He paused for a moment when he realized the light in the kitchen was on.  That was odd.  He always remembered to turn off the light before he retired for the evening.  Before he rounded the corner he had the real awareness that someone was in the room.  His senses were heightened but he was unafraid.

A boy was sitting at the table.

The boy looked familiar.  Yet it took him a moment to realize who it was.  His brow furrowed, he was puzzled.  He looked over his shoulder and then back.  When his gaze returned to the table, he was no longer in the kitchen.  The room was white.  He could see nothing with the exception of the boy.  There was no distance.  He might have been fifty miles in the sky, for he couldn't see the floor, only the slippers his youngest son James had given him two years earlier on Christmas day.   The weather had been dreadful that day.

There were now two chairs in the expanse of white.  The silence was overwhelming.  "Hi"

"Do you know who I am," the child asked. The man knew who the child was.  He knew quite well.  "Yes, of course."  He shook his head.  It couldn't be possible, it simply wasn't possible.  Yet he remembered those pajamas quite well.

"Do you know why I am here," the child asked.  He hadn't a clue.  And for the first time in many years, he answered honestly.  "I've no idea." Before the child could respond, the man walked forward and stretched out his hand.  As he did, he swallowed salt water deeply into his chest.  Panic.  He was drowning.  As his head broke through the waves, he was swamped again.  His chest felt as if it were going to explode.  He pushed hard for the surface and the light from the sun greeted his open mouth.  He inhaled deeply and powerfully.  Life.

Over the tops of the lulling waves now he saw the face of the boy.  Smiling.  The boy gestured for him to swim to shore.  He did.  As he approached the shore, modesty struck him.  He realized that he was unclothed.  He looked up again for the boy.  The sun shone brightly and he was afraid to come out of the water.  The boy was standing on driftwood now, waving enthusiastically.  "Come on now, its alright!"

He stepped onto the sand.  When he looked down, it took his eyes a moment to adjust.  It was dark now.  But instead of his skin, he saw a tuxedo.  Perfectly appointed.  He looked up.  In the distance, he could see lights and hear music.  He began walking toward the noise.  "Hey, come here you,"  he called out to the boy, who he now realized was walking not far ahead of him.
Email Post
Labels: free falling I