White House tours, marathons, and the nature of stress 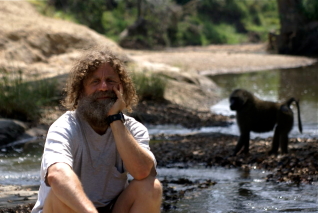 Tuesday thoughts, three of them, as has become customary.

1.  Received word from Sen. Bill Nelson's office late yesterday that my family will be able to tour the White House later this month while in Washington DC.  I got to announce at dinner last night with the kids.  Oddly enough, they seemed to have assumed it was already in the bag.  So I think I was more excited than they were!

3.  Watched a fascinating documentary yesterday from National Geographic on stress.  Remarkable research form Stanford University neurobiologist Robert Sapolsky on the evolution of the stress reaction from that of "fight of flight," i.e., run so you don't get eaten, to its modern day condition.  Most interesting to me was the value of "community" in fighting the stress reaction.  Only in recent years have I come to appreciate the value of communal thinking, support, and altruism as being critically tied to serenity.  Sapolsky's research largely confirms my anecdotal conclusions.  As an aside, I've been on an Andy Griffith Show kick lately, and I am certain this is mostly because of my attraction to the fictional portrayal of "small town life."  I suppose there are drawbacks to small town life.  But I often fantasize about sauntering around a small downtown, such as my own, fifty years ago ... stopping in to say hello to people I know.  And being completely disconnected from the hectic schedules and demands which seem to occupy our lives.  So learning of Sapolsky's work is timely.  I am puzzed with the ever present quandry of balancing spiritual health, financial well-being, and healthy productivity.  It feels like balancing a plate atop a broom handle, while ridiing a unicycle.  You get the picture.