I attended a great discussion yesterday on the Lectionary readings for the week. 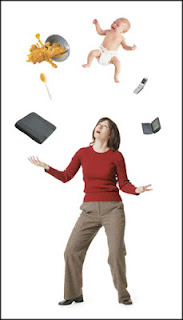 The challenging final chapter of Proverbs was tackled and I was quite intrigued by the generally negative view of the passage - especially by the older women of the group.  Who was this fantasy woman the text painted?  Interestingly, it was only the youngest member of the discussion (young lady in her 20s, by my estimate) who had anything resembling positive comments for the common interpretation of the Proverbs "Type A" female model.  It did cross my mind that she hadn't lived enough to know better.  Cynicism versus youthful optimism?  Perhaps.

A couple of years ago, I had a memorable discussion with a great client.  We somehow got off on the topic of faith and she commented that she read the Proverbs daily.  I don't always do it - but it seems that one "Proverb a day," helps to keep acaedia away.  We both observed that the message seemed pretty simple.  Seek widsom and don't commit adultery.  As a man, this seemed like pretty good common sense direction and the Proverbs have always reminded me a great deal of the practical and valid maxims set forth in the Meditations of Marcus Aurelius, which I had come to value.  We men like simple and action directed.   It  was later that I concluded Aurelius's greatest lesson is that discipline, good works, and good order are ultimately of little value without submission to the Divine and grace.  The close examination of Marcus's well ordered mind and life is a great testimony to this.

Thus, I am intrigued by the various interpretations of this passage that I'd always viewed rather literally.  Of the most interesting, was the possibility that the "woman" at the close of Proverbs is "Lady Widsom," or perhaps God "herself."  We thus open innumerable rabbit trails.  The often multiple messages of poetry.  The neurolinguistic maze behind our perception of God's gender.  Certainly, it would be fair to say that Jung, Freud, and Adler perceived that we are really dual-gendered in nature.  And thus, if we are made in the image of God - the creation ought to reflect the Creator, in both balanced masculine and feminine respects.

The question that comes to mind - at least for me - is what is it that drives us to the uncomfortableness that requires a "deeper" analysis of this text?  Is it possible that it is to be read, simply, as it is?  In the realm of law, an exploration of an "author's (legislative) intent" is not undertaken unless there are patent ambiguities in a statute.  The idea is to avoid creating confusion in unnecessary interpration of text which is clear prima facie. And yet, the poetry in the close of Proverbs may not be law in the sense of jurisprudence.  Yet the overarching theoretical concern behind statutory construction may provide us with a valid cautionary lens.

There seems to be a push to view collective moral de-compensation as partly the result of progress and perhaps even "overload" in the context of our present social framework.  We've moved squarely away from the strong language of "good and evil" onto the slippery slopes of relative "values," Allan Bloom, as I understand him, would argue as a result of the American interpretation of what is essentially German nihilism.  More bluntly and simply, one might also ask whether the shift from old "good and evil" is really largely the result of great material comfort and the resultant spiritual apathy that seems to inevitably follow - the evolution of society into a herd of spiritually anemic consumers, and the contemporaneous evolution of the Church into a mere "society" existing within the greater "Society."  That seems to be Karl Barth's warning, as best I can tell.  We seem to be perhaps moving from an analysis of textual and ideal benchmarks to an apology for their "modern" unattainability and therefore irrelevance.

I do wonder if the discomfort as to the 31st Proverb comes from our natural tendency to push against standards and ideals which seem literally impossible.  I, for one, don't like really high hurdles.  I prefer low hanging fruit.  And yet, aren't we called to be perfect, as our Father (or Mother, if you prefer) in Heaven, is perfect?  Might we take the view that we are to be literally and spiritually industrious as a gaze upon the world about us reveals the Creator's unending industriousness?

Certainly, there is value in recognizing the immense pressures that we place on women (and men and children, for that matter) and that the standard presented by Proverbs would put anyone into stress induced chronic anxiety if observed to the letter.  But it seems that this is largely a result of the reader buying into a secular yardstick sold by the present culture - a yardstick of "simultaneousness."  Perhaps the activities set forth in the closing chapter of Proverbs are not meant to be interpreted as undertaken simultaneously.  This does not require us to depart from the text.  Rather, it calls from the view that while one may at various moments engage in any one of those "activities" - we are not necessarily expected to engage in them all, at all times, at all times simultaneously.  Certainly, nothing in the text suggests to me that this is the charge.

Nonetheless, I must say - I am relieved that there is not a Proverbs man (written with a smile).