nuns, rejection, and a Divine dance

Celebrated a wonderful Father's Day over the weekend!  And we were unusually productive.  Finishing most of the renovation of the "to be" home school classroom.  I can now try to help with the more important part, preparation for actual teaching, which will ultimately be largely in the charge of Jessica.  She has done a remarkable job of getting our ducks in a row. It is a funny thing to find yourself repeatedly and newly impressed with someone you know quite well. 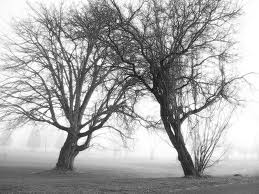 I have been thinking a lot lately about modern rejection of the institution.  I started down this rabbit trail several months ago after I watched an old Ingrid Bergman movie, The Bells of Saint Mary's, circa 1945.  There is a pithy irony in the filmmaker's choice of a then sex symbol to fill the role of a nun.  But more remarkable and foreign was the presentation of the church as honorable and the clergy as insightful.  Even the corporate magnate had the potential for true life changing conversion.  The last movie I saw involving the church predictably placed a sexually abusive priest center stage, training the viewer to perceive the "institution" of the church as pitifully outdated, sick, and dangerous.

As a citizen, as we enter a new political season, I am reminded by media and polls that we have little respect for politicians.  Long gone are the days of complex and learned statesmen, the likes of Jefferson, Adams, and Franklin.  I think there is a song titled, Where have all the cowboys gone?  I suppose, Where have all the statesmen gone, wouldn't sell well.  We are far too worried about the salacious details of politicians' lives - thereby allowing us to avoid taking a meaningful inventory of our own. Yet, in all fairness, politicians and government have been hated through the ages. So perhaps this isn't a newly failed institution.

The church and politics relegated to institutional silliness, we turn to the institution of marriage.  I am presently taking in Gone Girl, horribly titled according to Jessica (I must agree, because I have a hard time saying the title).  It is more edgy than what I've been reading lately.  More importantly, the book catches quite adeptly the fear that our society's long present malaise, fueled by destination-less consumerism, is rapidly metastasizing into a pan social "loss of way of life."  It masterfully plays on our fears, describing but blind to ennui.  The American way of life, big, bigger, and dying of an even bigger soul-attack of both physical and ephemeral etiology.  Yet, alas, there exists nothing new under the sun.  Thoreau wrote eloquently years ago about deadly malaise.  Solomon challenged our concepts of purposefulness in Ecclesiastes thousands of years ago.  Yet we are so terminally self-centered that we've convinced ourselves that we birthed the death of the soul.

Gone Girl approaches marriage in a raw manner.  Can we really know someone as close and as far away as our spouse?  Is it possible for this work of fiction to present us with an honest opportunity for discussion or is it little more than another shot at the marital institution, all in the name of entertainment?  I suppose it might be difficult to identify what constitutes an attack on marriage these days as we don't seem sure what marriage is.  When we don't even know what something is, its certainly much easier to relegate it to the institutional rubbish pile.

Nietzsche wrote that "God is dead."  Hardly.  But I think it would be fair to say "Institutions are Dead."

Of course, not if you're talking about institutions existing solely for the purposes of excising money and  exercising power.  The institution existing as a means of purposeful growth and stability has come and gone.  We are iconoclastic for the sake of being so - boldly rejecting faith and the Divine, good government, even marriage.  Rebels with a million different causes.  Too resistant to the possibility that the good can be manifested in institutions (or amongst individuals, for that matter).  We are rioters in a poor neighborhood, burning down homes and looting businesses, firing guns wildly into the air, blind to our misdirected, hopeless, and confused state of existence.

And yet there is hope.  In all of our seeking and failure, we are engaged in a Divine dance that goes on despite us.  Thank God.