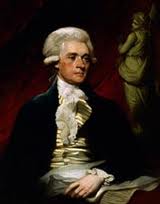 Sir, - I had the honor of informing you, some time ago, that I had written to some of my friends in America, desiring they would send me such of the spoils of the moose, caribou, elk, and deer, as might throw light on that class of animals; but more particularly, to send me the complete skeleton, skin and horns of the moose, in such condition as that the skin might be sewed up and stuffed, on its arrival here.  I am happy to be able to present to you at this moment, the bones and skin of a moose, the horns of another individual of the same species, the horns of the caribou, the elk, the deer, the spiked horned buck, and the roebuck of America.  They all come from New Hampshire and Massachusetts and were received by me yesterday.  I give you their popular names, as it rests with yourself to decide their real names.  The skin of the moose was dressed with the hair on, but a great deal of it has come off, and the rest is ready to drop off.  The horns of the elk are remarkably small.  I have certain seen some of them which would have weighed five or six times as much ... I must observe also, that the horns of the deer, which accompany these spoils, are not the fifth or sixth part of the weight of some that I have seen.  This individual has been of three years of age, according to our method of judgment.  I have taken measures, particularly, to be furnished with large horns of our elk and our deer, and therefore beg of you not to consider those now sent, as furnishing a specimen of their ordinary size.  I really suspect you will find that the moose, the round-horned elk, and the American deer are species not existing in Europe.  The moose is perhaps, a new class.

At first blush, the letter is most fascinating as one can hardly imagine "mailing" the remains of any large animal to an intercontinental pen pal for sporty comparison.  And yet Jefferson did.  One of the most amazing traits of the founding fathers is their remarkable breadth of interest and learning.  I am astounded at the diverse base of Jefferson's discourse and his capacity to engage deeply in whatever subject fancied him at the moment.  The ability to be comfortable in whatever academic question or matter of arts is before oneself is, I think, an accomplishment of high order.

But Jefferson's commentary to the Frenchman (and others) was not simply of a superficial nature.  The Europeans and their American counterparts were engaged in a barb laden and fascinating battle over the accepted superiority in all things - governmental, political, and most tangential - natural specimens.

It occurs to me that in many respects, Jeffersonian nationalistic pride has all but faded to an unrecognizable condition.  Whether pride is even a good thing remains a question which, at least to me, is not so obviously answered.  C.S. Lewis considered pride perhaps the greatest of all sin.  And yet we frequently appeal to pride for individual betterment.  I think if pride is ill advised, there is no exception in matters national versus personal.  Then again, perhaps there are distinctions to be made in matters of geopolitical pride and personal growth.

More importantly, Jefferson's letter helps illuminate the reality of change.  There is little touting from the mountain tops the superiority of all things American these days.  And perhaps it is just as well.  Tennis shoe and jean clad tourists have left marks on foreign lands as indelible as those of our errant policy facilitators.  And we recognize, at least linguistically, that humility is the absence of pride.  Yet there is a certain sadness in this new American shyness, as there truly is something marvelous about this great land and her people that seemingly deserves something that might otherwise be called pride.

Ours has perhaps been an inability to separate bad policy from a good people.  We Americans imbibe guilt - perhaps for deep sociological reasons which are beyond my purposes here.  Guilt becomes inextricably intertwined in our nation's psyche and DNA.  And guilt often manifests itself in the form of criticism.  I think of the popular calls that all who questioned the Afghanistan and Iraq wars were non-patriotic.  I can think of few things more brave and patriotic than standing up to a vocal majority hell bent on waging war.  And in our stumbling (I think quite centrally) in Afgh-Iraq, the collective ego of this great nation has been bruised to the point that its ability to even recognize its own greatness has been replaced by a popular "geopolitical correctness" that frankly annoys the hell out of me even more than loud American tourists.

Forbes recently reported that there is a growing vacuum of leadership at American companies because my generation is increasingly cooperative and non-competitive.  Capable leaders are not cutting their teeth in competition - which is (whether we like it or not) a realistic maneuverability needed in the "new" global economy.  Leadership on some levels is not and cannot be an entirely cooperative process.  It is difficult for me to know whether the new order of American pan-social and pan-global "cooperation" is evidence of progress - or laziness.  Perhaps the real question is whether our national decline is related more to fear of the unknown than anything else.  And if this is the case, where do we go from here?

As to fear, Kennedy said it better than I.  But that essentially being my conclusion, I know of no better place than returning to the brilliant thoughts and writings of those men who shaped our country so many years ago.
Email Post
Labels: Jefferson Monsieur le Comte de Buffon