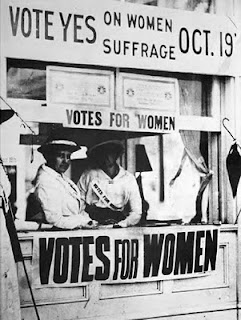 What a difference a daughter (or two) makes.

Mark Twain is well known for his observation that education is wasted on the young. One of the great things about raising kids is the opportunity to be educated (literally) once again. My oldest and I spent an hour or so last night talking about World War I, the Great Depression, and suffrage, in relation to her fourth grade social studies course.

One of the great challenges posed to modern day fathers is that of training our daughters that they are not merely sex objects. Though I know this is a challenge that is as old as time, I am convinced that it has evolved considerably and by all appearances, is somewhat unique in its present condition (at least in the Western setting). Perhaps never so blatantly and on such a wide scale, has sex become so accessible and mechanical for young people. Various technological mediums (computers, cell phone cameras, etc.), instill a false sense of anonymity and safety in the context of the otherwise normal sexual maturation process - often grossly distorting and amplifying what every teen since Adam and Eve has experienced.

It occurred to me as I talked with my daughter last night that we have moved in some ways from a different manifestation of gender based second class citizenship (pre-19th Amendment and the right to vote), to a more subtle form. Increasingly (and I acknowledge probable paranoia) apparent or more obvious is the manner in which much of entertainment and mass media reduces sex to a beastly and uninhibited, unrestrained, and untamed passion. It is deeply disturbing to hear a child recite the words of mainstream music which has little value greater than pornography set to a tune. This phenomenon is not unique to the present generation, but I think has evolved considerably over the past fifty years, at least in this country.

What is equally frustrating is that there is an obliviousness to this by those most affected (young women and men concurrently). This too, is a parallel experience observed in other settings. For instance, the poor are often unable to recognize the need to force their children to exhaustively take advantage of the opportunities afforded by public education. There are many suggested reasons that the poor are positioned as they are, including the nonsensical eugenic arguments made throughout history. Ultimately, we can only rationally conclude that the failure of the poor to know better is simply a failure to know better. Thus, perhaps the only real weapon against ignorance is sound relentless training by those who do know better. Whether in the parental, social, or political contexts.

Having experienced incredible advances in gender equality, it is most unfortunate that we accept such blatant perpetuation of sexism in mass media and permit the brainwashing of young women (and men alike) as to their value being little more than that of sex objects. In our advances in equality, in some respects, we have thrown the baby (virtue) out with the bathwater (overly oppressive social constructs).
Email Post
Labels: Sex women