She knows what she is doing with her philosophy degree. 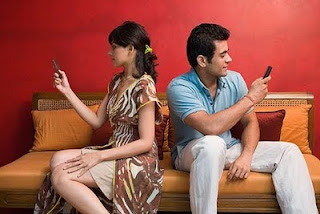 I like esoteric thought. I love shades of gray and the ability to examine things without the confines of preconceived absolutes. It is a universal characteristic of simpletons to reach stalwart conclusions with little reflective consideration.

And thus, having a wife studying philosophy makes for really interesting discussions. I am grateful beyond expression that I am not forced to endure much talk about the latest sales at the mall. Instead, I get to hear about her evolving theories on the role of ethics in environmental matters and such. Not many things are more of a turn on to a nerd (such as myself) than a smart woman (ok, it does help that she is stunningly beautiful).

Last night's was a great conversation on Plato's Allegory of the Cave. It is the recitation of the blindness of a group of persons and the frustration of the philosopher with eyes more open than not - unable to convince his peers of things beyond their limited empirical perspective. Lately, I have been reminded of how much I don't know. It is both frightening and exhilarating to consider that so much remains beyond the grasp of my limited comprehension.

John Meacham of Newsweek wrote an article this week on the value of liberal arts education. His observations are pointed. We have become such a technocratic culture. Many of us are losing the ability to think clearly and rationally. Worse, many are simply not trained in these areas. Our skills are increasingly focused on questions of earning more income, consuming more, and how to become more appealing to others in cerebral ways. If the continuing growth of technology represents the opportunity for revolutions in knowledge and wealth - it equally represents a challenge to our ability to interact socially. This struck me several weeks ago as we walked past a young family in a restaurant, each and every member of the family had their face buried in an I-Pod or smart phone.

Perhaps if we better fostered the discussions and eyes wide open approach that flows from philosophical discourse, we would embolden a generation of more spiritually healthy people. I happen to think that opened minds, en masse, eventually cannot help but turn to the divine in the most genuine of fashion. How is that for a controversial suggestion. The path of reason to the rejection of cerebral or nescient religiosity and the pursuit of a true relationship with the divine.
Email Post
Labels: divinity Plato technology