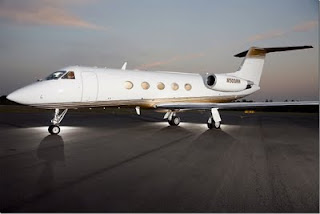 I read yesterday, with interest, an article in the Atlantic which sets forth evidence that some churches may have been in bed with bankers in marketing sub-prime mortgages to parishioners - thereby at least contributing to the mortgage meltdown. See http://www.theatlantic.com/doc/200912/rosin-prosperity-gospel. I suspect that in the aggregate this was not a widespread practice. But I was troubled that it occurred enough to make print. Especially when religious organizations and their money seem to be a collective untouchable political third rail - almost magically avoiding close and objective inspection.

I remember well the Biblical story of Solomon. He was blessed materially - but only when his priorities were right. His is a lesson we should look at closely. I fully believe that God wants me (and you) to prosper. However, the focus of modern prosperity gospel - and the sowing of financial "seeds" as a basis to show faith is one that makes me squirm. Especially when one considers that the leaders of some organizations feel they are entitled to live like rock stars on the offerings which are sent in by many, who frankly, should be saving their money. It is telling to me that several of the largest ministries have elected to thumb their noses at Congressional inquiries relating to their finances - instead, citing ostensible privacy rights under the First Amendment and separation of powers arguments. As reported by US News & World Report, http://www.usnews.com/articles/news/national/2008/02/15/investigating-televangelist-finances.html?PageNr=2. I often advise my own clients that the worst thing you can do in the face of allegations of financial impropriety is come up with reasons to not open the books for inspection. Although it may be an incorrect perception - most people will conclude that where there is smoke, there is usually fire.

As I recall - Jesus typically preached from a field or a house. He sent his disciples forth to grow the church. But somehow I doubt that he would be hitching a ride with Benny Hinn in his G3 or living in huge mansions. In fact, I'd bet you he would fly coach if he didn't take a Greyhound. What smacks of manipulation is the manner in which God has become business for some in the evangelical vocation. I think of the creepy high schooler telling his girlfriend that he loves her so that he can get what he wants. There is nothing more base and innocent than the desire of most of us to connect with the divine. I trust that there is a special place reserved for those who would manipulate spiritual "children" for their own financial benefit.

Some decry (or misunderstand) the efforts of the Framers to avoid the establishment of religion as a part of our political framework. Roger Williams, long forgotten by many - said upon arrival to our young country that forced worship stinks in the nostrils of God. Those words were burned into my consciousness by political philosopher Ethan Fishman. The interesting thing, and oft misunderstood fact - is that anti-establishment is designed to protect the fundamental integrity of the true spiritual message. I would urge that what believers may not realize is that there should be a self imposed separation between church and business. A two fold separation. One, that the church is not a marketplace in its own right (G3 flying pastors in fancy suits that cost more than the annual incomes of some parishioners). Second, that the Church should not flirt with impropriety such as that reported by the Atlantic article. Kickbacks and "church" should not be words written in the same sentence. I say this as I suspect that financial manipulation in the name of God may also stink in the nostrils of God. Probably not as notably as forced worship. But certainly requiring some type of divine Lysol.
Email Post
Labels: Religion Roger Williams