Meeting the Mafia. An unusual morning in the life of a small town lawyer. 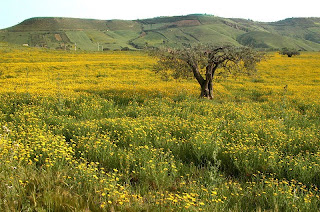 It is easy for those of us with a little education and a steady socioeconomic base to judge. We are all guilty of it. Even without realizing it, we often view people in context and make snap judgments. That homeless person is lazy. That hypocritical religious blowhard is yet another reason why I shy from religion and spiritual development. That drug addict is a sorry excuse for a human being.

I have often wrestled with the balance between compassion and trying to remain emotionally detached from people (other than my immediate family). It is somewhat difficult for me to articulate why this is a personal challenge. Even as I am writing, I have trouble understanding why I feel this way. In some respects, when I am too compassionate, too open, it takes me to a dark place. It makes my outlook very negative and gloomy, affecting me deeply. As a result, I have increasingly tended to lean to the Stoic approach of really disregarding why others do what they do. Not in a cold way, but rather putting my energy toward a focus on my own spiritual development and attempts at honorable conduct at all times. I have not intentionally sought to reduce my level of compassion for others, but really have tried not to spend as much time trying to "figure out" or judge. That can be hard for a rational thinker - to look at someone engaged in behavior we don't relate to, and accept that there may be things going on that we don't understand. But even there - we have to maintain balance in thought. Obviously, of the numerous obese people running around in our nation, there are many who simply eat too much. Of those who use drugs and alcohol to a self-destructive level, there are some who simply prefer, for whatever reason, the insanity and lifestyle incipient to excess use. But many are simply searching for the divine that they feel inside themselves and in the air around them - but cannot understand or grasp.

I met recently with an individual who is experiencing a criminal legal situation. Throughout the course of his case, it has become very clear that he is an active heroin user, among other things. When asked about recovery, he responded that he "did it himself (recovery)," and that meetings, etc., were a waste of time. Having seen first hand the ravages of addiction in many of my clients, and a number of family members, I can say, authoritatively, that it is an infinitesimally small percentage of persons who are able to recover from any addiction on their own. It requires the recognition of the divine (higher power), conditioning, engagement, and a strong support network. As Frank told me of his self designed recovery plan (mind you, in my office for a drug charge), my thoughts were none other than, "Yes, that sure seems to be working for you."

And I was immediately drawn into my cynical thought pattern. What a waste of a guy who was otherwise relatively interesting to talk to, foreign accent and all. Through the course of our discussions, it was disclosed that someone at a local restaurant he frequented had learned of some of his history in a foreign city. But he was cryptic about it and seemed concerned that the authorities here would also learn of this history. So when he left I did a Google search for his name and the city. An article popped up which explained, in fascinating detail, the story surrounding this individual's past. He came from a Sicilian family - literally out of The Godfather. Frank had been involved in a cocaine distribution ring and was sentenced to six years in prison in his twenties.

When I next spoke with Frank, we discussed the article I had found. One of the events mentioned was the death of the patriarch's brother. Frank told me that man had been his father, and that he had been shot when he was eight years old. Still skeptical, he confirmed many of other facts mentioned in the article before I was fully convinced. And then the light came on. It didn't take Freud to figure out that knowing your father was shot at eight, and then being essentially mentored by an uncle patriarch with deep ties in organized crime, leads to an individual with some social issues. But we wouldn't ordinarily see the full story, and our measure of this person would be quite limited. I appreciate free will - but I also believe a lot in the power of environmental factors.

It was a reminder to me that our first impressions are not always fully informed and that there is a lot of hurt out in this big world. It doesn't excuse antisocial and criminal activity. But I think we should be sensitive, if nothing else, to those within our circle of influence who are struggling with demons. There is often something deep in their history. We should be willing to engage when the opportunity arises and help air out, bring to light, and deal with the events in our history which often rob us of peace. This will often require a very careful, delicate, but convincing appeal to the sovereignty of the divine. And that is something that most of us, even in the absence of addiction, are terrified of.

* For the protection of the anonymity and confidentiality of those who are discussed, names, places, times, and details of the story have been modified.
Email Post
Labels: Law