On Coaches and Drill Instructors 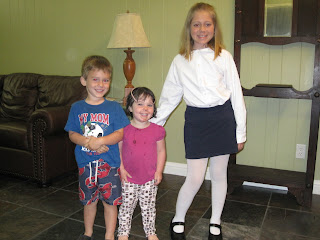 As occasionally occurs (with me at least), I recently heard something on the radio which got me thinking. We were driving back from New Orleans on Sunday, Father's Day. We had planned to travel to New Orleans together as a family, but my wife's mother surprised us with an offer to keep the kids. We didn't think twice. A night alone doesn't come often around our house.
And so I was experiencing something those of us raising children find foreign - a quiet, relaxing drive. Jessica and I were chatting. I was noticing the tags on the cars that were passing me (because I was relaxed enough not to be speeding to our destination and the escape of a car full of screaming midgets). The radio commentator was talking about viewing Father's Day as a New Year of sorts. An opportunity to look back at the year past and decide what you have done right. And perhaps what you had done wrong. Though I find myself thinking a lot about what I need to do differently when it comes to my general outlook on life, I probably have not done enough close examination when it comes to my parenting.
I am the product of a military family. I was raised by an Air Force officer father, who is an incredibly good man by all accounts, but was pretty no-frills when it came to discipline growing up. There wasn't a whole lot of us sitting around and talking about my feelings. This childhood background was further expanded with my decision to join the Marine Corps at the age of (17). You probably now get a sense of my frame of reference. I managed to finish my education at the age of (24) and immediately started working. When my family started several years later, it was really not something I had prepared for.
As I look around, I am often frustrated by what I perceive as a lack of drive and thoughtlessness in many of the people I encounter. Working in the legal field often exposes you to people who are not at the peak of their existence. And it may simply be that I see many of them in a time of transition. Nonetheless, I often find myself wishing that the slouchers had been raised by a guy like my dad. I wish that they had spent some time with one of the three men who took me through my experience on Paris Island in 1996. Sometimes I think we all need somebody to gently encourage us. I sometimes wonder to myself when interacting with a less than driven person, what would happen if the Marines got a hold of him for three months.
But alas, the point of the commentator who caught my attention was not that we need more drill instructor dads. It was that we need more coaching dads. I realize that I fall short in this category and should do a better job coaching my kids. We all need to be coached. I have been fortunate enough to work with enough varying management types to see first hand the benefit of coaching. We generally respond better to encouragement than aggressive instruction.
So, I am going to make it my goal in the coming "father" year to take off my drill instructor hat a little more often and put on the coaching hat. I'll let you know how the view is from the dugout.
Email Post
Labels: Parenting